A social media analysis by Mulley Communications of the social media accounts of political parties has shown that Sinn Féin has the biggest following across all social media networks while Leo Varadkar is the party leader with the most followers on social media.

** Labour and Fine Gael have not shown subscriber numbers for YouTube

Leo Varadkar is the party leader with the most followers on social media with over 720,000 followers across Facebook, Twitter and Instagram. Mary Lou McDonald has the next highest number of followers with 370,00 followers and Micheál Martin has 179k followers.
Mary Lou McDonald has the greatest amount of Facebook followers. To note: Facebook has the oldest demographic where almost the majority of people are 40 or over. Instagram and TikTok have much younger demographics.

While we couldn’t find TikTok accounts for any party leader, Simon Harris is King of TikTok with 89k followers https://www.tiktok.com/@simon_harristd and has more followers than the political parties.Breakdown by Social network

Micheal Martin saw a large bump in Twitter followers and a slight increase in Facebook followers since his election to Taoiseach: 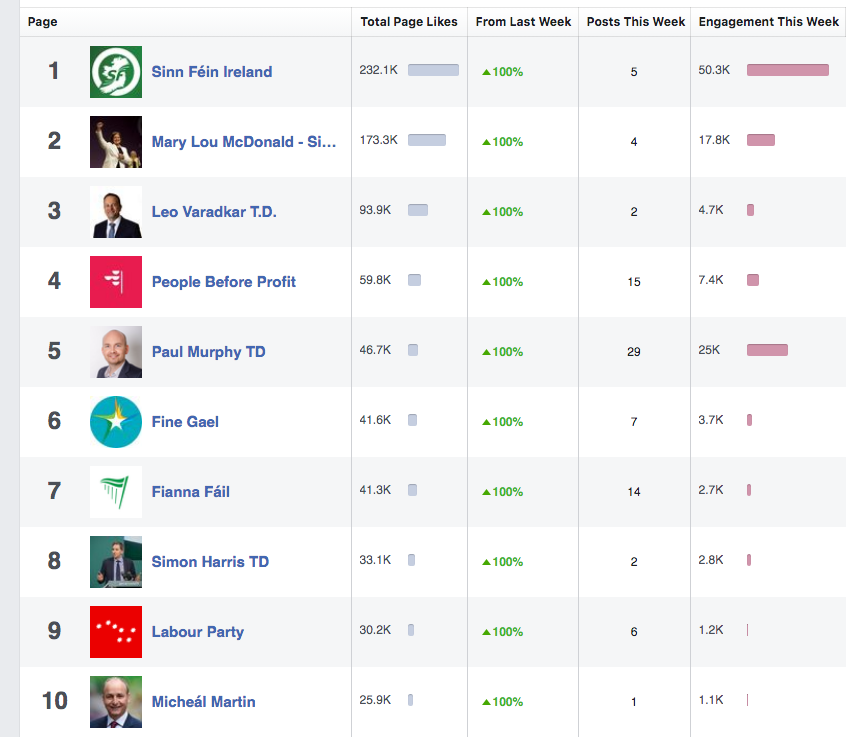 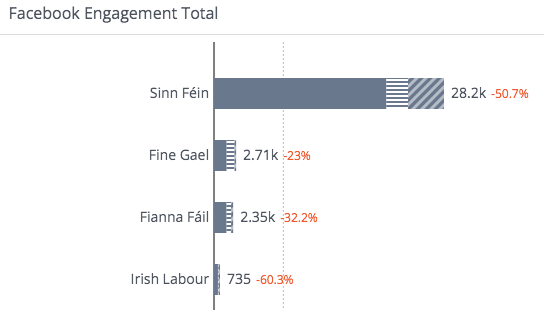 And for a fairer look, you can see how wide the gap is. 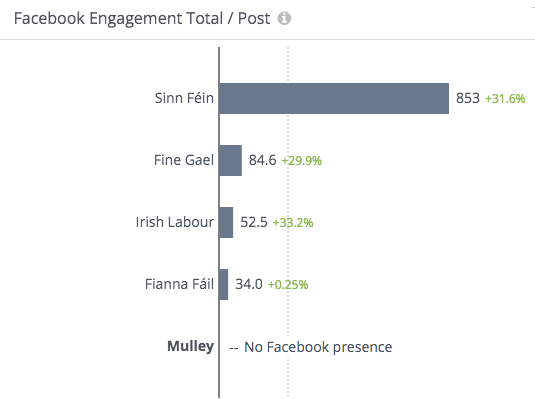 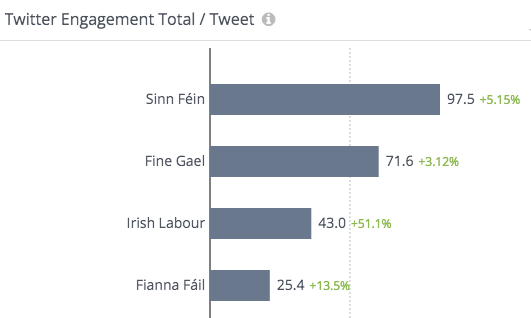 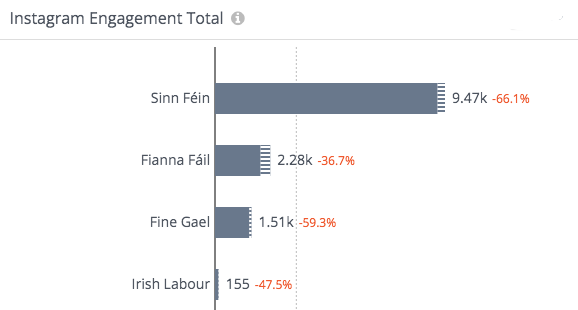 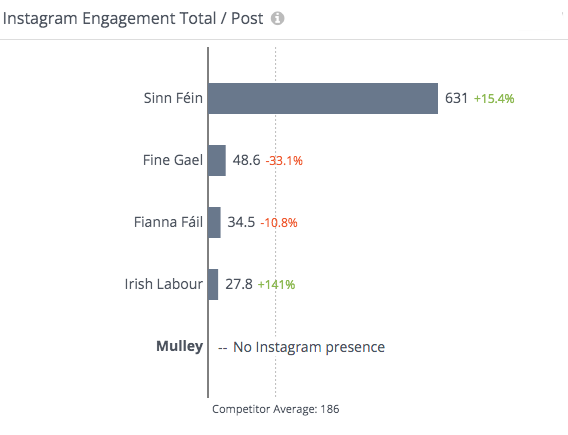