TLDR;
Just copy Viceland. Until everyone copies Viceland. Then copy someone else.

The Trixie and Katya Show is really fun and the multimedia aspects of it reinforce what is happening as you watch it with sound on. It helps commit more of the show to memory too.

This stuff isn’t new though but it is having a new use. Remember Pop-up Video on Vh1? Course you don’t, you’re not that old. Adding facts via pop up bubbles to music videos. Great idea to keep you engaged with the content.

Dare you to play the below and not be engaged.

From Pop Up Video: The New Historicism by Gary Burns & Timothy E. Scheurer:

Pop Up Video is a postmodern recapitulation of music video, television, sound film, and silent film, including almost all of the techniques and conventions ever used to combine music with moving images. Moreover, the oval graphics reassert the conventions of silent film intertitling more strongly than at any time since the 1920s.

Blind Dates USA used to add snarky comments or give you information the person wasn’t diclosing, letting the audience in to some gossip. 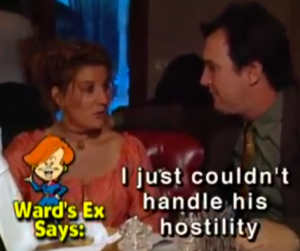 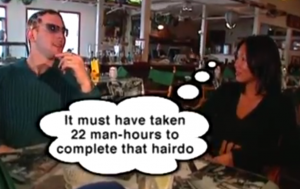 The visual manifestation of the director’s commentary. Sometimes telling you exactly what you are seeing, sometimes letting only you into a secret, sometimes changing your perspective.

These days we ought to look at South Asia to see what is happening with text and image overlays on content. Shows in China, Taiwan, Japan, and South Korea add context via text and images that pop up and around. In Deconstructing overhearing viewers: TVmojis as story retellers, Xi Cui gives examples of a few shows that are doing this. Also he introduces us to the term TVmojis. This is kind of like what the Trixie and Katya show are doing.

The author argues that by playing various roles, TVmojis help construct the viewer’s sense of being a bystander while concealing the producers’ manipulations of the media’s interactive roles vis-à-vis the viewers.

Hit the Diff on Videos

Why do all of this? On social media you start off at 0% interest unless you have a fanbase of super-engaged people. For purposes of this article, we’ll pretend that this is factual. So you are pitching to get interest and retain interest. The fascinating thing with this is: the longer someone watches, the longer they keep watching. This also means that it is very hard to keep people watching even past 1 second but once you get them past 3 seconds, 5 seconds and 10 seconds they want to skip past the video less. Also, as more timelines are watched over by a sometimes benevolent algorithm, those that have their videos watched longer than 10 seconds will be gifted by having their next pieces of content seen too. These pop up texts/emojis/visual elements are ways to get people more engaged with your content and can almost work like bridges if there are lulls in some of your content.

Edit: Update Jan 2019
Spiderman: Into the Spider-Verse was released and what a movie it is and a homage to the history of comic books. What I liked was the use of speech/thought bubbles and action lines in the movie and how it was so natural to see and added to the movie too. I think we’ll see more of this.

It’s interesting as Disney and Pixar try and make animation as realistic and film-like as possible, Into the Spider-verse shows that there is probably a richer world out there by adding new layers to video.

And with Instagram Stories really blowing up, the use of stickers to accentuate these videos that are watched mostly with the sound off, it will get people used to processing these enhancements of the videos. 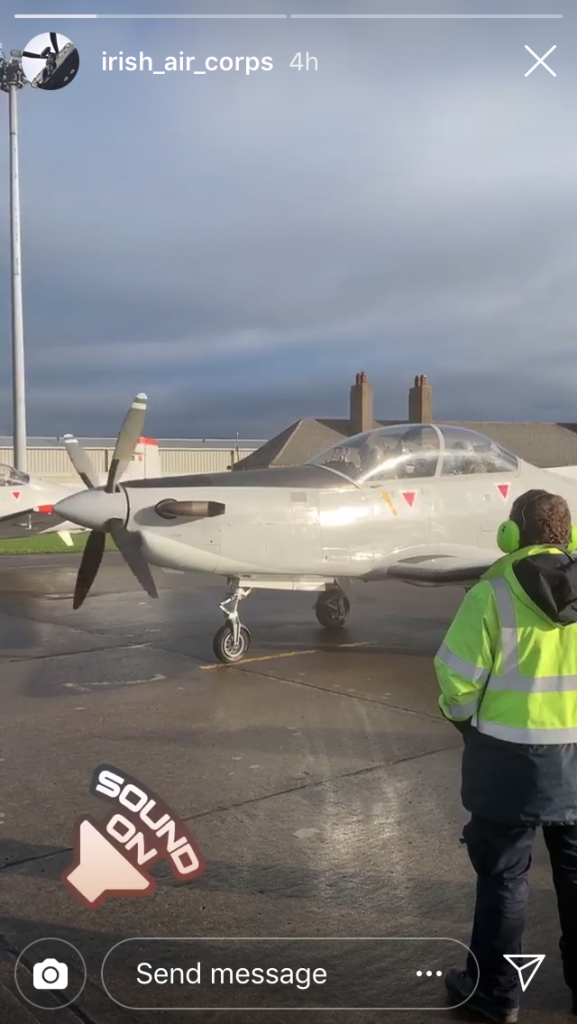 And that will surely get us ready for all the information we’ll eventually see in our Apple Glasses/Heads up displays.