There are 1.5 Million people using Facebook in Ireland. Almost 1 Million of them use it on a daily basis. There are lots of other stats we can dig out from Facebook and some are below. As of today you can see details of people in cities and get some pretty sweet extra demographics from a system that allows you to get details on age, gender, work, education, interests, birthday and whether they like your brand on Facebook already.

Lots and lots of cities and towns, here’s just some for Cork: 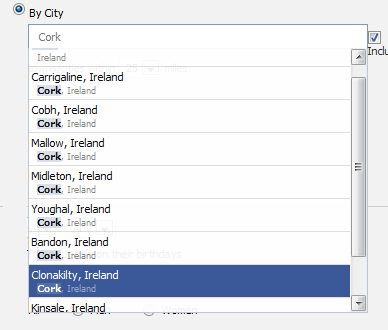 With this we can send targeted ads to people that use Facebook. Examples: Offer Leaving Cert grinds to kids in Cork. Offer last minute meal deals to people in Galway that like Italian food. Offer county themed T-Shirts to GAA fans in Donegal. Little bit of imagination and you can see how much fun it can be.

That’s ads. Expect to eventually do status updates targeted by Cities and location. Facebook interactions and marketing based on location details is around the corner too so stay tuned. Once you digest that and start to play with the ad system, remind yourself about Foursquare too.

Nice idea. To promote media uses of xbox instead of just the gaming aspects, they’ve been putting on free concerts with bands that will appeal to the teen demographic. Earned media.

Social media people in Ireland on Twitter. At least according to their bios.

Nike iPhone App takes colours from your photos and then designs a shoe with them.

Duarte’s blog posts are always insightful. When given an excel file full of numbers, how do you present it? Here they show you.

Paid media to gain traction for earned media. In other words using the YouTube video promotion system to build up traffic for your video and at a certain momentum the viral nature takes over and you don’t have to pay to deliver the video in front of people.

Mobile usage is ballooning across the continent and the African mobile phone market – at more than 400 million subscribers – is now larger than in North America. Some countries, such as South Africa, have ‘mobile penetration levels’ – the number of handsets compared with size of population – close to those of Western Europe.

For many people in Africa, mobile telephones are the only way that they will ever get access to the internet because of the poor quality, and often complete lack, of fixed-line networks. Fierce competition has pushed mobile prices down for consumers while many of the latest crop of handsets available in Africa allow easy access to the mobile internet. Web browsers can also be installed on older phones.

The over-quoted but underviewed scene in Glengarry Glen Ross where Alex Baldwin rips into the staff has a bit where he talks about the ABCs: Always Be Closing, when it comes to any kind of web presence for a business it should be: Always Be Converting. If your website is not designed to get custom and make contact with potential clients then it’s a vanity exercise.

It’s very interesting to read how Obama’s decision to announce his VP selection via text message came about: They needed more subscribers to their mobile phone database. Simple really. A few 100k were on their list, announcing it via text message ensured that number would jump a magnitude. Getting people to contact you or opt in to updates from you from one of your channels (Email, text, Facebook, Twitter, Youtube etc.) should be a focus for your web work.

So on the front of your site, have contact details, credible ones (not just a mobile number), don’t have just a form on the Contact page. A real postal address and landline helps a lot for that contact page. See this business communications checklist. List your content channels if people look at the site, make a positive (but not buying) decision about trusting you and want to get updates from Twitter or Facebook. Tell them why they get rewarded for doing so. Bargains, discounts, first for new content etc.

And don’t forget to use language that appeals to the person. Conversational, not formal and removed.

And now the same idea with more expletives and a bit of insanity:

As more and more people I work with are moving some of their communications to Facebook and expanding what they’re doing they have various needs. If you can do any of the below, let me know by emailing damien < at > mulley.ie with subject: Facebook Work

Internal blogging is also good for an organisation.

The dangers of social media for ad agencies. It basically says they are not involved enough and will be left behind.

Making an iPhone App? Some tips on what works.

Some videos to help with creativity.

Social networks accounted for 21.1 percent of all online display advertising impressions in the US as of June

Crowd doesn’t like what you did, ask the crowd to make a better suggestion. Kodak gets the public to name their new camera.

Big big article here on what works for SEO and the level of importance of those factors.

Following on from other snapshots on Facebook usage in Ireland. It’s August 1st and when we look at Facebook numbers in Ireland by going to the Facebook Ad System, it’s telling us that Facebook has doubled in size in the past 7 months, probably in the past 6 months really given 400k were on it in January.

So right now the stats:

Remember though that information is optional for most demographics. So while we have 900k, only half have indicated their relationship status:

439,520 people have indicated they are single, in a relationship, engaged or married for example

2,180 Irish people have Pirate as their language of choice on Facebook

85,620 people are at secondary school 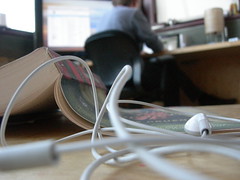 Add value to the 10 you have on Twitter while you still have 10 and don’t go out and follow everyone that mentions your business area. Work with the smaller numbers first. Work the inches first. It’s good for you and them. You’ll learn a lot even with small numbers. Try things out too and see what happens.

Subscriptions mean you have our attention, now don’t screw it up son. Numbers are fine if people don’t know how to measure real value. Numbers describe actions, not the value of those actions. It’s like knocking on 10 doors and converting them all to mormonology and knocking on 100 doors and getting no converts. You have to do more than just gather numbers. 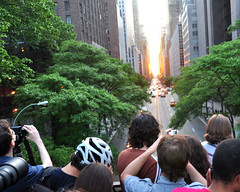 For Twitter:
Interactions with your account. How many people interacted by asking you without solicitation about something? How many people follow these people who interacted on Twitter and so saw that interaction? That’s a better number than your followers number.
How many retweeted your information on Twitter?
How many times are people referencing @yourUsername
How many are clicking on a unique measurable link from your Twitter profile/Twitter messages?

Website:
How many times do specialist sections on your site get linked to from blogs and websites after running a FB campaign for that page?